What About Hell? Part 3 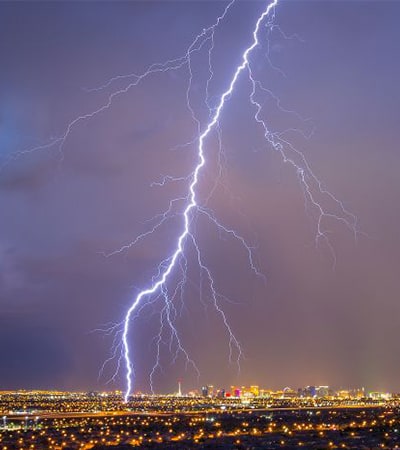 An Amazing Fact:  Bushfires, although often devastating, can be the catalyst for new growth. Some fires even promote the growth of rare species of plants. In Victoria’s Kinglake National Park, which was 90 percent damaged in 2009 bushfires, scientists identified over 60 plant species after the fire which had never before been seen in the park.

Many people believe in a hell of eternal torture because they haven’t studied the Bible deeply and are misled by the misunderstanding of others, including many religious leaders. But God’s Word, when carefully studied, leads to the truth. Hell fire is a limited-time event that occurs only at the end of the world. Sinners will die a permanent death in hell fire. They will not burn forever; their lives will be totally extinguished.

But note that God, in His mercy, doesn’t want anyone to end up in the fires of hell. Jesus’ whole point in coming to this earth and giving His life was to prevent such a catastrophe from occurring; but each person still has to make his or her own choice. God won’t take away our free will.

The eventual destruction of the wicked is so alien to God’s nature that the Bible refers to it as God’s “strange act” (Isaiah 28:21). Notice God’s attitude toward hell fire. “‘As I live,’ says the Lord God, ‘I have no pleasure in the death of the wicked, but that the wicked turn from his way and live’” (Ezekiel 33:11). So while He is deeply grieved in letting anyone go, the only way the universe can ever be restored to sinless perfection is by destroying sin and all who cling to it. It has to be done for the peace of God and the peace and safety of His people.

After the fire goes out, God has promised He will rebuild our planet. He says: “For behold, I create new heavens and a new earth; and the former shall not be remembered or come to mind” (Isaiah 65:17). The new earth will be a glorious place to live. “They shall build houses and inhabit them; they shall plant vineyards and eat their fruit. … The wolf and the lamb shall feed together, the lion shall eat straw like the ox, and dust shall be the serpent’s food. They shall not hurt nor destroy in all My holy mountain” (verses 21 and 25). The new earth will be a peaceful, happy, and exciting place to live.

You are of infinite value to God. He loves you intensely and wants you to have the joy of living in the new earth with Him. Today, He offers to forgive you, save you, and guide you. Have you accepted His gracious invitation?

0 responses on "What About Hell? Part 3"