Before Facebook Inc. changed its name to Meta Platforms, before the world knew the identity of former Facebook data scientist Frances Haugen, an article appeared in The Wall Street Journal on September 13 that unleashed a Pandora’s box of woes for the social media monolith.

One after another, articles began surfacing at the Journal. They are known as the Facebook Files, a comprehensive review of incriminatory evidence leaked to the newspaper by then-anonymous whistleblower Frances Haugen, who, on October 3, went public in an exclusive interview with 60 Minutes.

Then, on October 5, Haugen testified before the U.S. Senate Commerce Committee’s Sub-Committee on Consumer Protection, Product Safety, and Data Security, accusing her former employer of creating “products [that] harm children, stoke division, weaken our democracy and much more.” Her legal team provided the congressional sub-committee with thousands of redacted internal documents, which Haugen had covertly copied before leaving the company.

Later that same month, a group of 17 U.S. news outlets, among them The Associated Press, The New York Times, and NPR, collectively gained access to those internal documents. Across the pond a group of European news outlets did the same. Then, on October 25, these outlets began publishing pieces on their findings, articles that came to be known as the Facebook Papers.

Among the details disclosed was Facebook’s internal program, “XCheck,” which, despite claims to the opposite, “has exempted high-profile users from some or all of its rules.” Also criticized was the company’s awareness of and subsequent lack of response to the prevalence on its platform of human trafficking, instigations of “violence against ethnic minorities,” “organ selling, pornography and government action against political dissent” in foreign countries.

Another highly publicized finding was Facebook’s research on the engagement of its sister platform Instagram among teenagers. Facebook’s data came from a mix of in-person focus groups, follow-up video conferences, and online surveys of thousands of users, adults as well as teenagers. One keynotehighlighted: “One in five teens say that Instagram makes them feel worse about themselves.” It went on to conclude, “Constant comparison on Instagram is ‘the reason’ why there are higher levels of anxiety and depression in young people. … For both boys and girls, this was called out as being the number one reason why IG is worse than other platforms for mental health.” The other keynote also reported on Instagram’s influence on teenage girls. It reported that 32.4 percent of teenage girls surveyed “thought that IG made body image issues worse rather than better.”

Interestingly, it also found that “teens generally felt that it was important for Instagram to support people when they were having a hard time irrespective of the issue.” This seems to infer that they attributed to the social networking tool the responsibility of providing them with emotional support or, at the very least, with assisting them to procure that support. If read with Facebook’s own annotations, the research found that the majority of users surveyed, regardless of age, ranked this as highly important.

What’re You Going to Do About It?

And in a way this is the same issue at the center of Haugen’s congressional testimony: Where does the responsibility of a social media platform end? According to Haugen, “It is clear that Facebook prioritizes profit over the well-being of children and all users.” Due to this, she concluded, “They need to admit they did something wrong and they need to help solve these problems. That’s what moral bankruptcy is.” 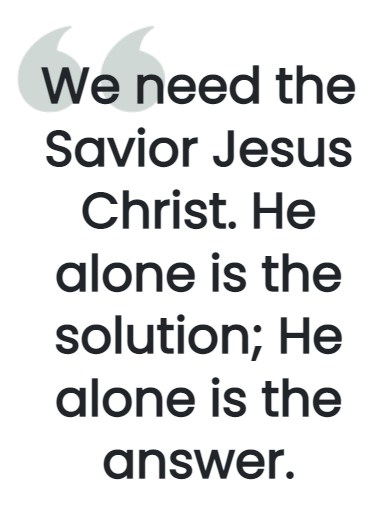 An article in MIT Technological Review brought up the significance of “Section 230 of the US Communications Decency Act.” The law, which has protected many a social media platform, states that “providers and users” are not held “legally responsible … for information provided by a third party.” But Haugen, before the sub-committee, proposed “carving out a more targeted exemption” to the law. “Congress can change the rules that Facebook plays by and stop the many harms it is now causing,” she said.

Then there is an op-ed in The Orange County Register that asked the following question: “Do we blame the medium or the human condition?”

Will pointing the finger at Facebook or Instagram excise the human trafficking, the suicides, the evils in the world? No. What social media has done is magnify the problem of sin. Users get to see with their own eyes first-person shootings, domestic violence, bullying. They get to experience the human condition at the end of the world. But what is being scrutinized now, the sin or the sinner?

James explained, “Each one is tempted when he is drawn away by his own desires and enticed. Then, when desire has conceived, it gives birth to sin; and sin, when it is full-grown, brings forth death” (James 1:14, 15). The individual is responsible for his own sin.

Said Solomon, “There is not a just man on earth who does good and does not sin” (Ecclesiastes 7:20). We are all sinners. Flawed human beings legislating morality will only get us flawed laws and flawed morality. See where this road will take us in Pastor Doug Batchelor’s presentation “The Church and the State.”

We need the Savior Jesus Christ. He alone is the solution; He alone is the answer. There is no one else who can forgive our sins and keep us from sinning. Do you want to know how to partake in this precious plan of salvation? Check out Parts 1 and 2 of our presentation “What Must I Do?” Learn about the one “name under heaven given among men by which we must be saved” (Acts 4:12).