“DIGITAL BABYLON” COMING TO A SCREEN NEAR YOU

Memes, candy-crushing, social media influencers—this is the age we are currently living in, the age of screens, television screens, computer screens, tablet screens, phone screens. We are absorbed in a culture of digital entertainment, digital interaction, digital life.

The years have rolled by since the invention of the television in the late 19th century. Now, more than a century later, generations are becoming increasingly defined by their relationship to the all-pervasive screen: Gen X is famous for the rise of MTV, video gaming, and the home computer; Millennials saw the introduction of the smartphone; and Gen Z is “the first generation of ‘screenagers,’” the first to be “raised with screens.”

Gen Z is generally slated as anyone born between the late 1990s and the early 2010s. “Many of them grew up playing with their parents’ mobile phones or tablets” and were given their own device before hitting their teens.

And they’re starting to sound off on growing up as digital natives.

The Barna Group is a nearly 40-year-old Christian pollster entity out of California. Its surveys on Gen Z have been released in a two-volume book in collaboration with the educational non-profit Impact 360 Institute.

Among its statistics, Barna found that 60 percent of these young people believe “their generation spends too much time on screens,” and 53 percent “admit they often feel bad about the amount of time they spend.”

David Kinnaman, president of the Barna Group, disclosed “that the average teenager spends five hours and fifteen minutes per day using their smartphones.” And the time increases with age: “Young adults use their phones over six hours a day.”

In other findings by Barna partners Amy Crouch and her father Andy Crouch, 53 percent of those surveyed also confess they “procrastinate … because of technology.” An even 50 percent “blame technology for feeling more distracted.”

Only 25 percent think “they … spend an appropriate amount of time on screens, and 13 percent assert that screen time doesn’t matter.”

So at least some have acknowledged that there’s a problem, that there exists a contrary understanding of (and relationship with) the behemoth that is digital media. “While 64 percent state it offers them connection to friends and family,” an even higher percentage, 68 percent, “agree that devices keep them from having real conversations,” and 32 percent think that their screens actually serve to “sometimes separate them from other people.”

These opinions have resulted in 83 percent of teenagers having favorable views on their parents’ restrictions on their access to technology, “typically on what they can view and on hours of screen time”; and “among those whose parents didn’t set rules, about half … set their own limits.”

Most fascinatingly, in conjunction with Barna’s research, Kinnaman has proposed that “those committed to Scripture, to the local church, [who] believe in the death and resurrection of Jesus, and want their faith to be active and alive in the world tend to practice discernment when it comes to social media use and technology.”

In Kinnaman’s own words: “They have a more positive outlook and greater mental and emotional health.”

Restrictions are one thing, but will simple parental controls stop an addict from watching TV or playing video games or scrolling on social media?

“When an unclean spirit goes out of a man” and then at a later time comes back to “[find his old host] empty, swept, and put in order[,] …. he goes and takes with him seven other spirits more wicked than himself, and they enter and dwell there” (Matthew 12:43–45).

It’s not just about curbing digital access. If that man had instead invited in the Holy Spirit, he would’ve been filled, not “empty,” and there would’ve been no room for those eight demons. The real solution is not just to restrict; it is to transform. It’s to turn that “you can’t” into “I don’t want to.” And the only One who can do that is God: “Turn away my eyes from looking at worthless things, and revive me in Your way” (Psalm 119:37). 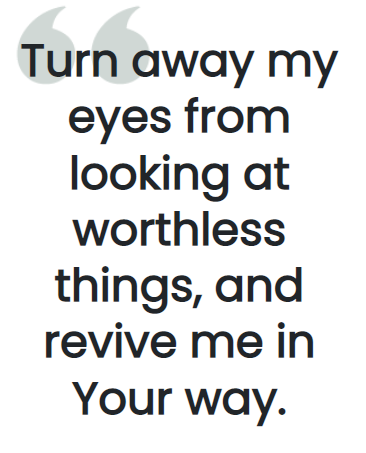 Guaranteed, if you open your heart to God’s Word, you will be drawn more and more to love the good. Kinnaman’s research is not su

rprising. There is simply no room, no time, no desire for evil.

Kinnaman has coined the “environment” into which Gen Z has been born “Digital Babylon.” Babylon means “confusion,” derived from when “the LORD confused the language of all the earth” (Genesis 11:9) at the tower of Babel. Interestingly enough, in the last days before Christ’s return, God’s warning to His people is to “come out of” (Revelation 18:4) Babylon.

This issue is not just generational; it’s not some obscure sector of society. We’re talking about eternal life. Are we feeding our children to the digital beast? Are we ourselves falling to its charms? What does this mean for our future?

Wake up with Pastor Doug Batchelor’s two-part presentation on how to get “Out of Babylon, Part 1 and Part 2.”

The Bible prophesies that Babylon’s end will be final (v. 21). She will not rise again—and the same goes for any within her. It’s high time we heed this trumpet call.

0 responses on ""DIGITAL BABYLON" COMING TO A SCREEN NEAR YOU"