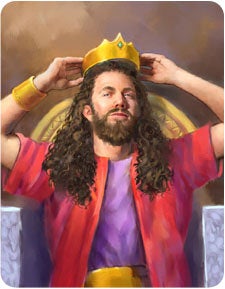 Absalom was the most handsome, cunning, and ambitious of David’s sons. The Bible says, “But in all Israel there was none to be so much praised as Absalom for his beauty: from the sole of his foot even to the crown of his head there was no blemish in him.” 2 Samuel 14:25.

But this determined young prince wanted more than just the admiration of the people for his stunning appearance. He wanted the power of his father’s throne. He wanted to be king of Israel at any price. First Absalom killed his older brother, Amnon, after Amnon mistreated his sister Tamar. Amnon was David’s firstborn son and in line to follow David as king. Then, after Absalom wormed his way back into his father’s favor he began to sow subtle seeds of doubt throughout the kingdom about David’s leadership, judgments, and laws until he “stole the hearts of the men of Israel.” 2 Samuel 15:6.

Finally, his sinister plan erupted into a full-blown rebellion as Absalom tried to assassinate his own father and kidnap the kingdom. David and his followers were forced to flee from Jerusalem. But after a severe battle a few days later, David was once again secure on his throne, and handsome Prince Absalom was slain.

A sad story indeed, but this was not the first such royal family feud. In another great kingdom long ago, very similar events led to the most tragic rebellion of all time. The kingdom was called heaven! 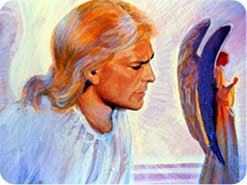 1. What was the name of the rebellious prince in heaven, and why did he rebel?

NOTE:   Lucifer was the most powerful and beautiful of God’s creatures. He was the highest of the angels and most likely led the heavenly choir. But he allowed his beauty to fill him with pride. (See supplement entitled “Satan Symbolized by the Kings of Tyre and Babylon.”) 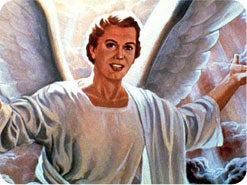 NOTE:   God made a perfect angel who, of his own free will, chose to be a devil. It may be hard to imagine, but if we knew Lucifer before his fall, we would have loved him. We don’t know exactly how long, but Lucifer may have joyfully served God for eons before he began to cherish seeds of pride and resentment in his heart. The Lord could have made all of His creatures like robots, but a robot cannot love. True love must be willing to take risks. This is why parents decide to have children, knowing that at some time they may choose to disobey.

God allowed Lucifer to carry out his rebellion for several reasons. First, to forever settle any question of whether or not God makes His creatures with freedom of choice. Second, if God had destroyed Lucifer as soon as he began spreading doubts about God’s love and government, the other intelligent creatures would have forever had lingering questions. They might have thought, “Perhaps Lucifer was right.” Therefore, Lucifer was allowed to demonstrate the horrible results of sin. Finally, God does not want His creatures to obey Him merely because He will punish them if they don’t. He wants us to obey from principles of love rather than from fear. 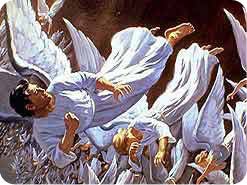 NOTE:   Eventually Lucifer and the angels who sided with him were expelled from heaven. 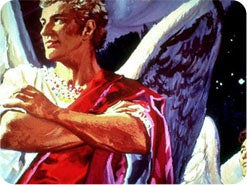 4. What powerful beings work under the devil’s command?

NOTE:   Satan is so cunning that he was able to deceive one-third of the angels of heaven into following him in his rebellion against God. Now called “devils” and “demons,” these fallen angels carry out Satan’s plans. In our story of Absalom, we notice that he likewise did very little of his own dirty work. Absalom ordered his servants to execute his wishes.2 Samuel 13:28 Now Absalom had commanded his servants, saying, Mark ye now when Amnon’s heart is merry with wine, … then kill him, fear not: have not I commanded you?2 Samuel 14:30 Therefore he said unto his servants, See, Joab’s field is near mine, … go and set it on fire.

5. What methods does Satan use in his work? 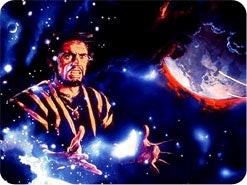 NOTE:   In one respect, Satan has an advantage over God in the battle between good and evil. God uses only truth, but Satan can use truth or lies in any combination, to best serve his purposes. (See supplement entitled “Expect the Unexpected.”) 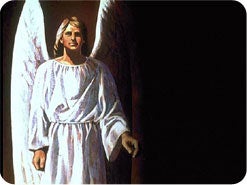 6. When is the devil most dangerous?

NOTE:   Just as the devil did, Absalom pretended to love the people and displayed an interest in their welfare in order to deceive them.2 Samuel 15:5, 6 And it was so, that when any man came nigh to him to do him obeisance, he put forth his hand, and took him, and kissed him. And on this manner did Absalom to all Israel that came to the king for judgment: so Absalom stole the hearts of the men of Israel.Satan is most dangerous when he poses as a spiritual being working inside the church. (See supplement entitled “A Brilliant Angel.”)

7. Does Satan know the Bible? 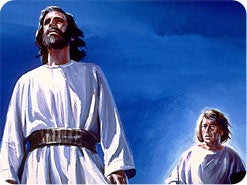 NOTE:The devil is an expert at quoting and misquoting the Bible for the purpose of deceiving people. That is why it is essential that God’s people know the Scriptures for themselves to avoid being misled. 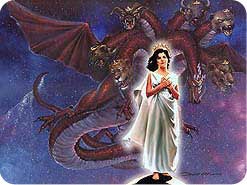 8. Whom on earth does the devil hate most?

Revelation 12:17. And the dragon was wroth with the woman, and went to make war with the ______________ of her seed, which keep the commandments of God, and have the testimony of Jesus Christ.

9. What two deadly animals does the Bible use to portray Satan? 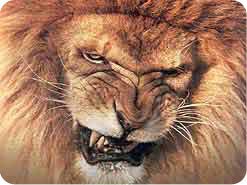 Revelation 12:9 And the great dragon was cast out, that old serpent, called the Devil, and Satan.

NOTE: Both lions and snakes use stealth and diversion to capture their prey. Like the devil, they spring suddenly upon their victims and are ruthless and indifferent to suffering. 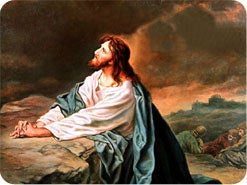 10. What is the only way we can resist Satan?

NOTE: The best ways to draw near to God are through prayer and seeking to know Him through His Word.

11. How did Jesus fight the assaults of the devil? 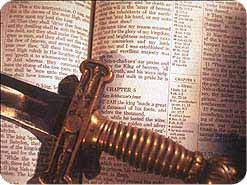 Ephesians 6:17 The sword of the Spirit, which is the word of God.

Hebrews 4:12 For the word of God is quick, and powerful, and sharper than any two-edged sword.

NOTE: Our only safety from Satan’s clever deceptions is in storing God’s Word in our minds to keep us from sin. The same tools Jesus used to fight the devil are needed and available to us today.Psalms 119:11 Thy word have I hid in mine heart, that I might not sin against thee.Ephesians 6:11 Put on the whole armour of God, that ye may be able to stand against the wiles of the devil. 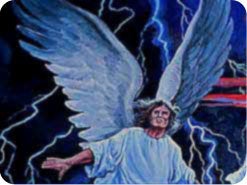 12. How will the final fate of Satan resemble that of Absalom?

Isaiah 14:15 Yet thou shalt be brought down to hell, to the sides of the pit.

13. Will Satan ever reappear to tempt God’s people? 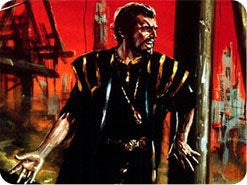 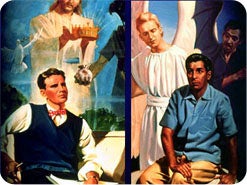 14. How does God feel about the destruction of the wicked?

NOTE:It hurts God to have to destroy the wicked. In fact, the Bible calls the destruction of the wicked His “strange act” because it is foreign to His loving nature. (see Isaiah 28:21) 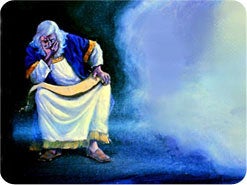 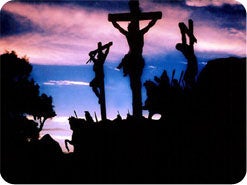 16. Will you choose now to love and serve Him?

This touching picture displays how our heavenly Father feels about His lost children. Not only was He willing to die in our place; He went one step further–He gave His greatest gift, His Son! God is not willing that any should perish. He is desperate for you to be saved. This is why Jesus died in your place. Most of the world has joined Satan in rebellion against the heavenly Father.

Satan Symbolized by the Kings of Tyre and Babylon

In Isaiah 14:4-15, the Bible uses the king of Babylon as a symbol of Satan, and in Ezekiel 28:11-19, Satan is symbolized by the king of Tyre. In both cases we know that the symbolism goes beyond earthly kings because God’s description of the being could not apply to any mortal man. Notice the ways Lucifer (now called Satan) is described in these passages of Scripture:-fell from heaven (Isaiah 14:12)-was full of wisdom and perfect in beauty (Ezekiel 28:12)-had been in Eden (verse 13)-every precious stone was his covering (verse 13)-was the anointed cherub that covereth (verse 14)-was upon the holy mountain of God (verse 14)-was perfect in his ways (verse 15)Since the kings of Babylon and Tyre exhibited the same policies and suffered the same complete destruction as will Satan’s kingdom, God used them to represent Satan himself. Virtually all Bible authorities are in agreement on the symbolism. Incidentally, the Bible records many other references to Lucifer (see Luke 4:5, 610:18 John 8:44 2 Peter 2:41 John 3:8 Jude 6 Revelation 12:7-9), but without Ezekiel 28 and Isaiah 14, we would not have the complete history.

Expect the Unexpected
Many people expect Satan to openly appear as God’s enemy in the end time, but this is not so. Satan is indeed God’s bitterest enemy, but his approach will be to feign righteousness (Matthew 24:24). He can appear as a glorious, angelic being (2 Corinthians 11:13-15) and will seek the worship of people (Revelation 13:12). Scripture is clear that his godly front will be so convincing that “all the world” will wonder after the beast (Revelation 13:3). Talk about a tragedy! Satan will be so effective in posing as Christ that virtually the entire world will follow him, thinking all the time that they are following Jesus. Will you be deceived? Not if you heed the Bible warnings presented in this series.

A Brilliant Angel
Satan is delighted when people portray him as an ugly, red, bat-winged creature that is part-man and part-beast, having split hooves and a long, pointed tail, or carrying a pitchfork and stoking the fires of hell. Nothing could be further from the truth. Such concepts come from Greek mythology. No such nonsense can be found in Scripture. The Bible describes Satan as a brilliant, highly attractive angel with an uncanny ability to communicate. He is also well acquainted with Scripture (Matthew 4:5, 6). The devil is a self-proclaimed enemy of God whose aim is to defame His character and capture His kingdom. Satan also despises you and your loved ones and has plans to destroy you. This series will help you understand his plans and learn how to thwart them. Just place your life in the protective care of your mighty Saviour, and pray earnestly for His guidance.